Workers re-cobbling the pavement near Bascarsija square in the old town, Sarajevo. 1998

Siege of Sarajevo (1992-96) Exact figures of casualties are still disputed but it is estimated that approx. 19,000 people died, 10% of them children.

Aside from the human cost of war, the cities infrastructure also suffered greatly - buildings, roads, waterworks, power supplies. A recent report suggests that the Serb forces caused an estimated $18.5billion of damage. 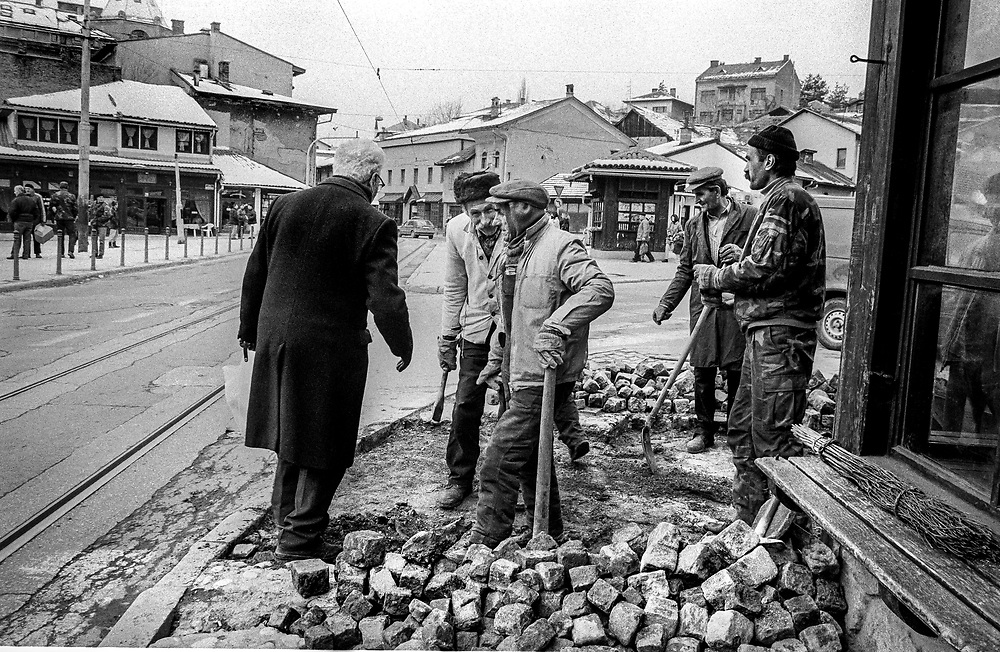