Justice for Grenfell. Photographed just over 3 weeks after the Grenfell Tower fire. 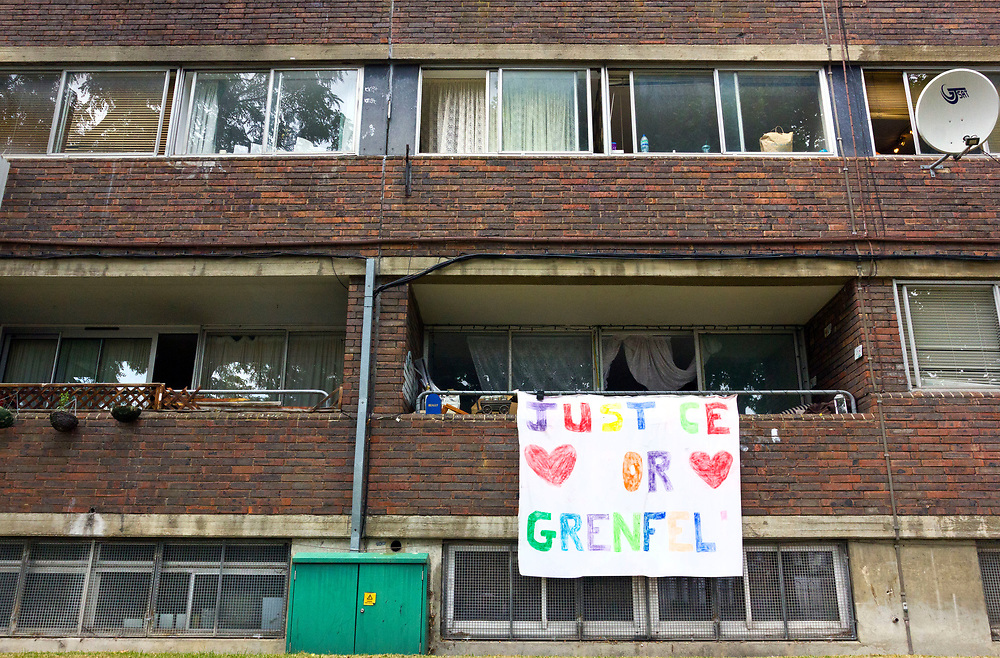