"Danger-Mines!' Tape warns that homes are still booby trapped with mines. Many refugees have been killed by landmines and booby traps after returning to their homes in Bosnia and Herzegovina 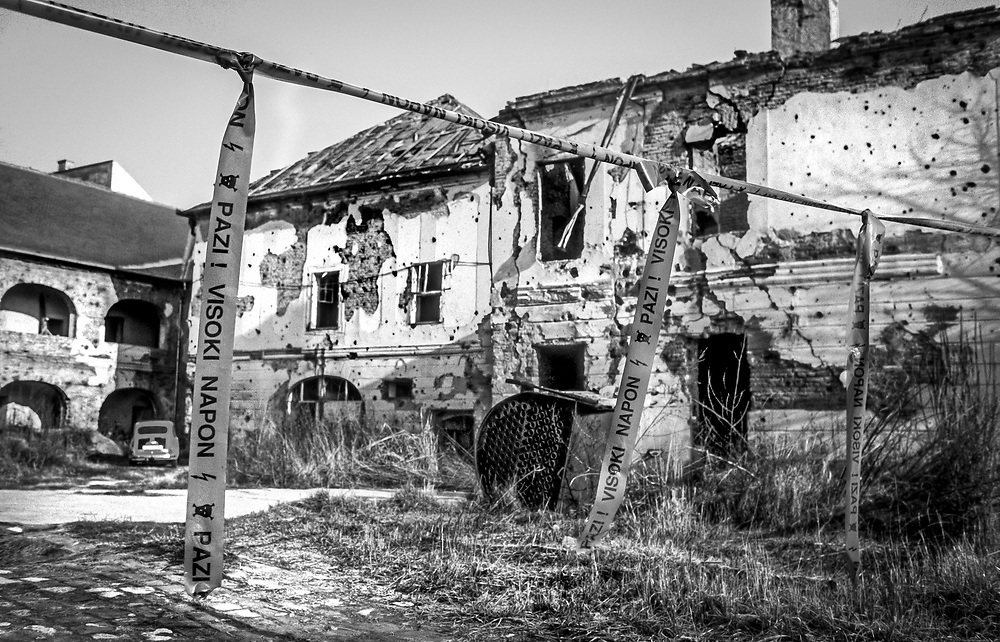