Photographed just over 3 weeks after the Grenfell Tower fire. Group from the Lighthouse Community Fellowship, worshipping and singing on the same spot where clothes donations were collected and sorted just after the fire. 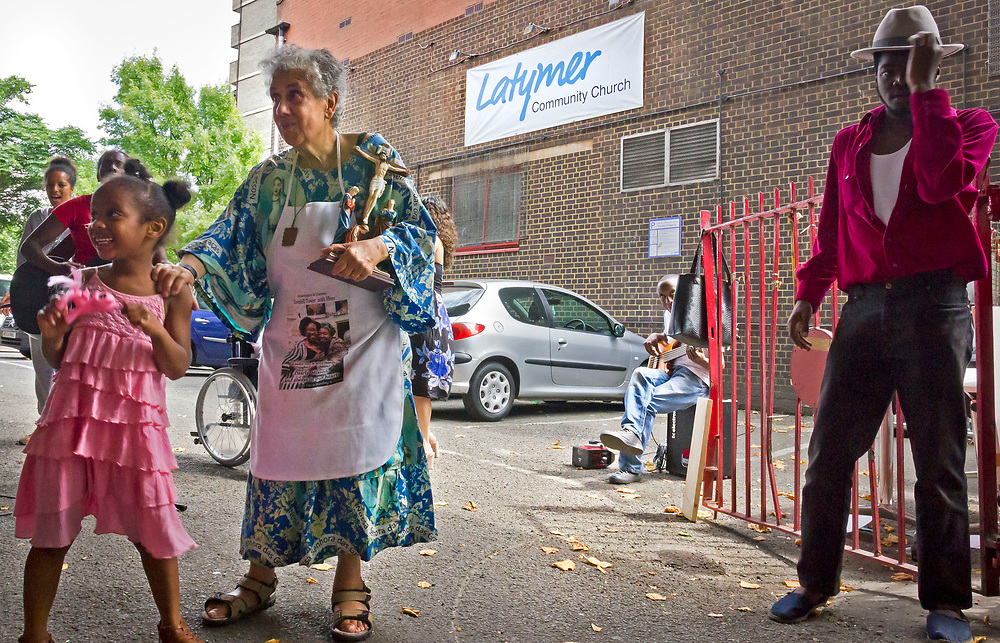