In 1919, artist Marcel Duchamp purchased an empty 50cc glass ampoule from a Parisian pharmacy, filled it with Parisian air and gifted it to friends and patrons, Louise and Walter Arensberg. The sealed glass ampoule was later exhibited as an art piece entitled ‘Air de Paris’. Finding myself in Vienna for a few days, and inspired by Duchamp’s ampoule, I armed myself with my own miniature plastic ampoules, a (non needle) syringe and, surreptitiously, went about extracting samples of espresso after espresso, when the ever vigilant waiters looked away, encapsulating my own little ‘Duchampesque’ version of fin-de-siècle Viennese coffee shops. Legend has it that the tradition of the Vienna coffee house sprang from abandoned beans and the imagination of a local hero soon after the failed Ottoman siege in 1683.

Viennese coffee houses are eponymous with a hot house of thought, creativity and innovation, where great, and often-Bohemian minds met, ideas were exchanged, and double espressos and mélanges consumed. Artists, architects, psychoanalysts, philosophers, storytellers, dictators, politicians and actors all sat upon the faded and well-worn chairs. And today? Tourists, cameras, iPhones, nostalgia? Indeed, why did I go? Was it a vague hope of inspiration? A bit of café creativity? Or simply to sit where Gustav Klimt met Sigmund Freud? 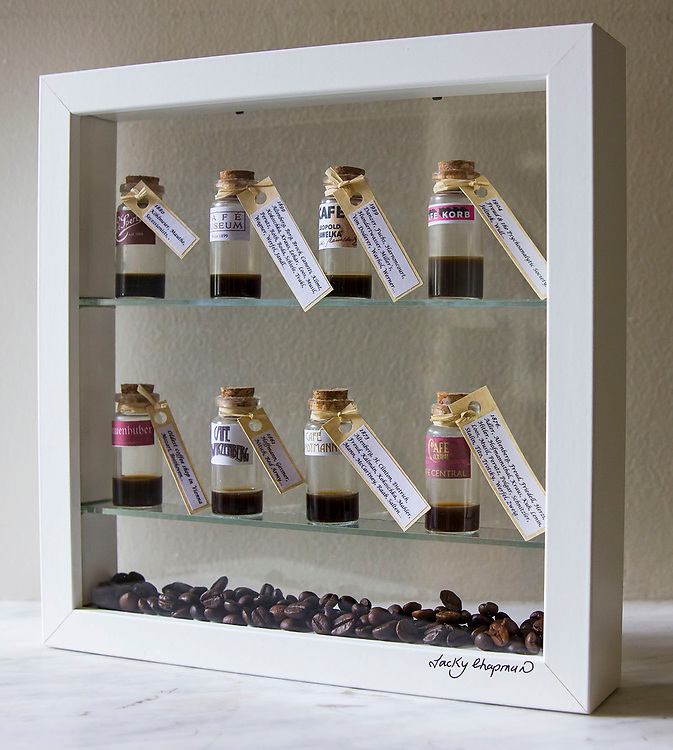