The realisation that a loved one may have perished

15 June 2017.
The Grenfell Tower fire occurred on 14 June 2017 at the 24-storey, 220-foot-high (67 m), Grenfell Tower block of public housing flats in North Kensington, Royal Borough of Kensington and Chelsea, West London. It caused at least 80 deaths and over 70 injuries. A definitive death toll is not expected until at least 2018. As of 5 July 2017, 21 victims had been formally identified by the Metropolitan Police. Authorities were unable to trace any surviving occupants of 23 of the flats. 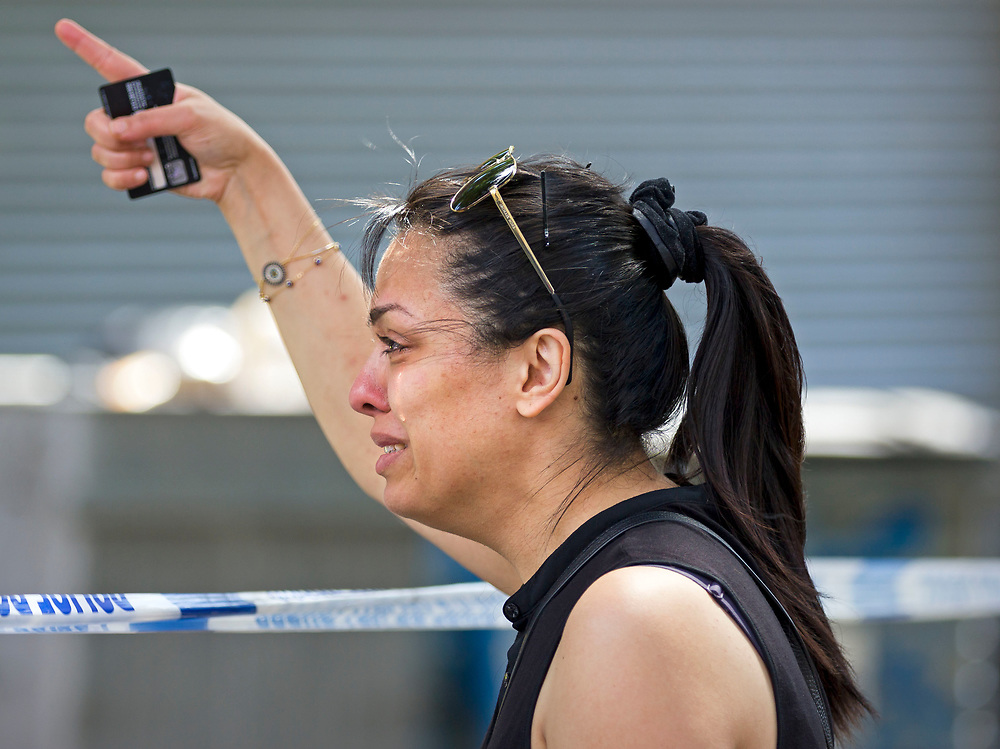